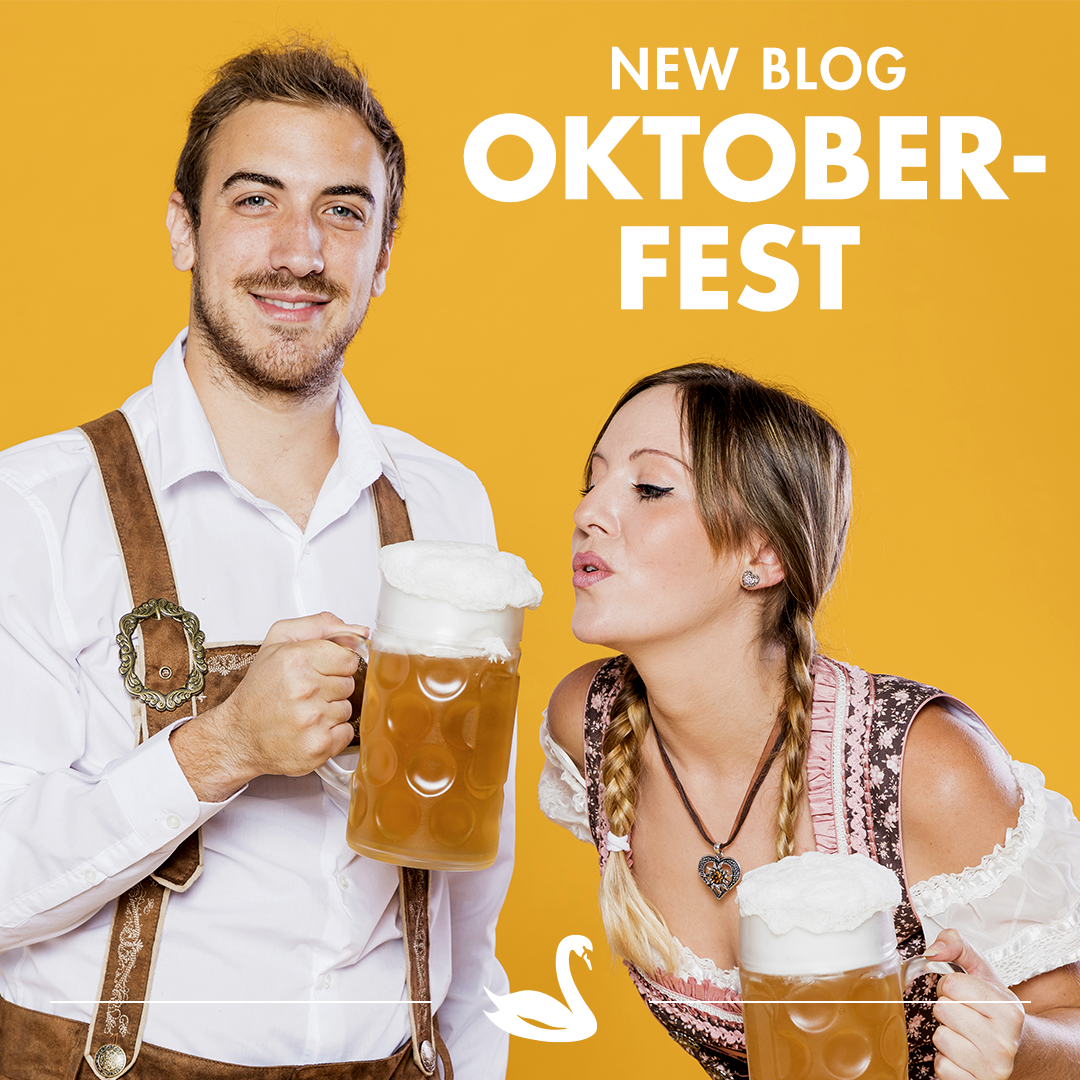 Oktoberfest is the largest beer festival in the world. It originated in Germany, but today it is celebrated all over the globe.

The very first Oktoberfest was held in 1810, for the wedding of Princess Theresia of Saxe-Hildburghausen and Crown Prince Lodewijk of Bavaria. The five-day festivities included horse races and a celebration of culture and tradition. It became an annual event, centered around beer.

Every year the festival starts on the first Saturday after September 15th. It ends on the first Sunday in October, unless this is on October 1st or 2nd. In that case, the event will be extended until October 3rd, the Day of German Unity. Oktoberfest therefore lasts 16 to 18 days.

Traditionally, Oktoberfest is still celebrated on the Theresienwiese in Munich. Today it receives more than 5 million visitors. The men are often dressed in lederhosen and the ladies in dirndl.

They can go to one of the huge tents, or the surrounding beer gardens. However, not every brewery is allowed to participate in the official Oktoberfest. That honor is reserved for a special selection of Munich brewers. Currently these are Augustiner, Hacker-Pschorr, Hofbräu München, Löwenbräu, Paulaner and Spaten. They serve a special Festbier, which is served in a Maß, a beer glass of no less than 1 liter.

You will also find a fair and the largest carnival in the world. Because who wouldn’t want to go on a roller coaster or rocking boat after a few large pints of beer?

Nowadays, Oktoberfest is no longer only celebrated in Munich. In addition to numerous parties, there are large editions in Stuttgart, Düsseldorf and even the Dutch Sittard. But the event is also gaining ground in the United States.