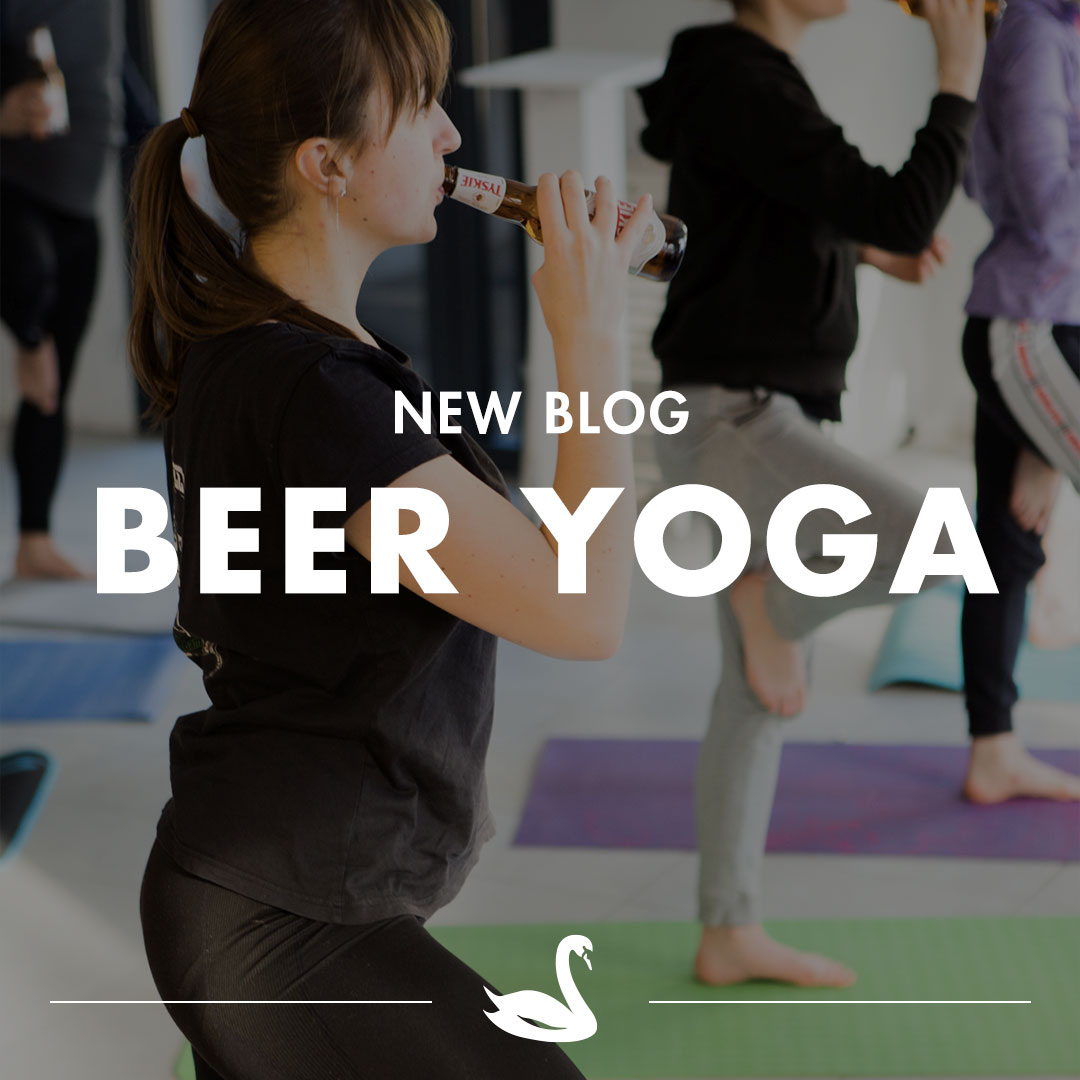 Namaste! June 21 has been designated International Yoga Day. These spiritual, physical and mental exercises have their origin in Hinduism. That’s all very well, but what exactly does this have to do with beer?

Around 2013, a new, playful form of yoga emerged in the United States. While it’s not exactly clear where or how it started, Brooke Larson is the one who brought it to a large audience in 2015. She started an official company that now provides lessons throughout America.

Around the same time, German teachers Jhula and Emily discovered the phenomenon at the Burning Man festival. They decided to teach in Berlin and through various events it spread throughout Europe.

You should of course taste some beer during and after the exercises, but that is not all. In beer yoga, the popular drink is really integrated into the classes. By adding a beer bottle you can play with balance and weight. It is not the intention to get drunk. With beer yoga you normally only get one or two bottles for the entire lesson.

Breweries are more than happy to capitalize on the hype. They regularly organize events where beer yoga is central. With a little searching you will probably find a participating venue nearby.

Not everyone is positive about beer yoga, however. Fitness experts call it an unhealthy marketing gimmick. And although it is indeed mainly a fun movement, there is some historical awareness. In as early as the sixth century, yogis used alcohol to get closer to their Gods.

The basis is entertainment, but beer yoga has become a serious phenomenon. It does seem more suitable for a pleasant day than for a weekly workout. Will you soon be tipsy with a bottle of beer on your head, balancing on one leg?