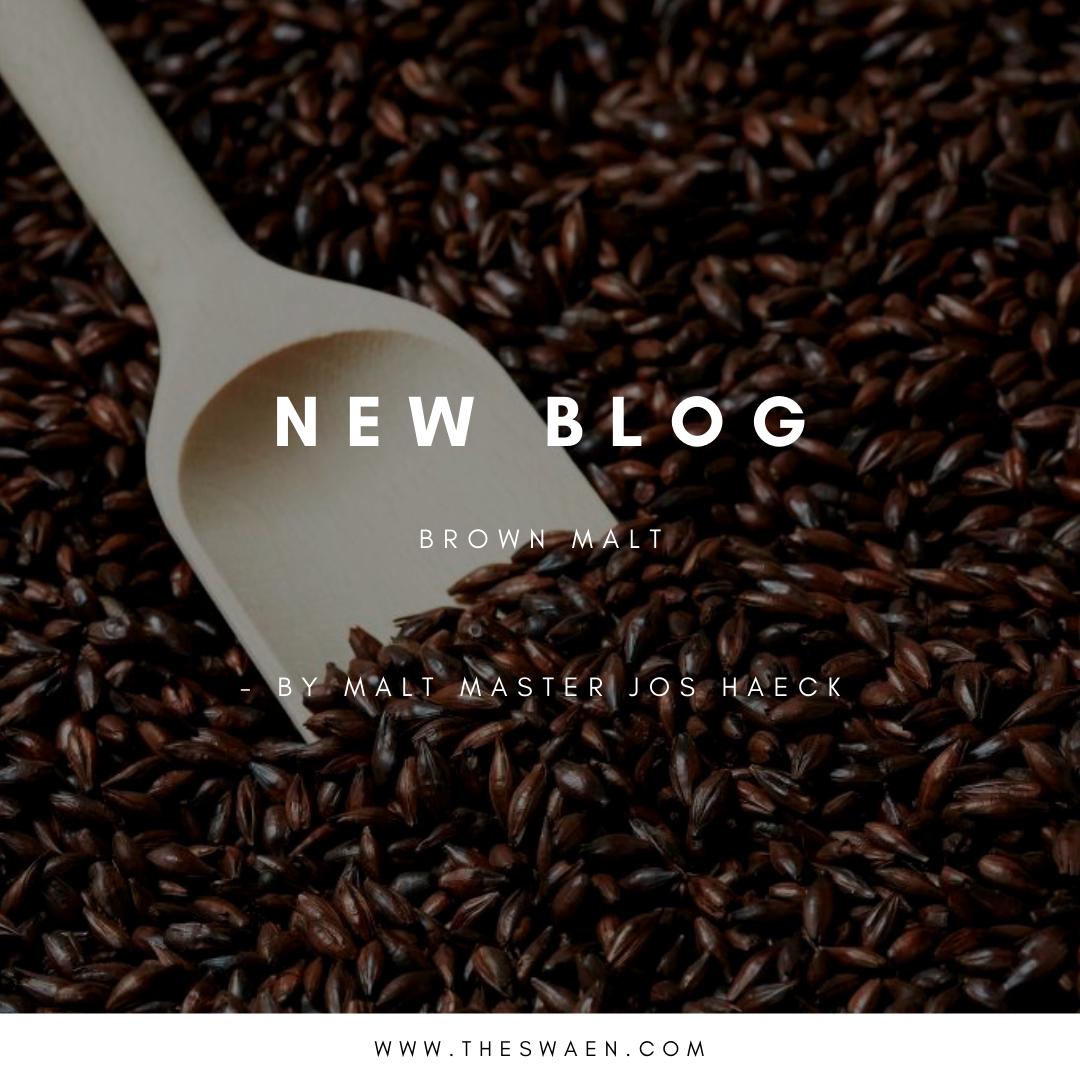 The very original brown malt had still enzymatic power in order to convert the sugars as the malt was used in a very high percentage in the grist bill of Porters. This is not the case anymore with the current brown malt. To understand this we have to go back in time. Kilns in malthouses were direct fired and hand laboured. The green malt was spread out in a thin layer (much thinner then for Ale malt production) and half way its withering process the green malt was exposed very fast at higher temperature for a “short” while. This made the grain popped or blown. Some conversion must have happened, also some saccharification of the green malt although the malt was not caramelised. This process must have been difficult and expensive. For the boost in temperature straw or hardwood was used. Straw was better as it did not give smoky taste. Porters made with hardwood stayed much longer on casks and during that time the smoky taste somewhat disappeared. But also a lot of the green malt did not undergo all those changes (kilning is a static process – grain is not moving enough), nevertheless the stirring, many kernels just got a higher colour like Ale malt, making the total batch in average sufficient diastatic in order to convert most of the starch and polysaccharides.

Today brown malt is made on a roaster. At The Swaen we still use green malt (no ready base malt) in a very dynamic environment whereas every kernel in the roaster is moving continuously. No saccharification and caramelisation is allowed but we raise the product temperature up to the level some coffee notes are distinguished. We avoid having burnt notes. For that effect we have our Chocolate and Black malts. With our new Porter Brown we are as close as possible to the original idea of a Brown malt for every Porter.