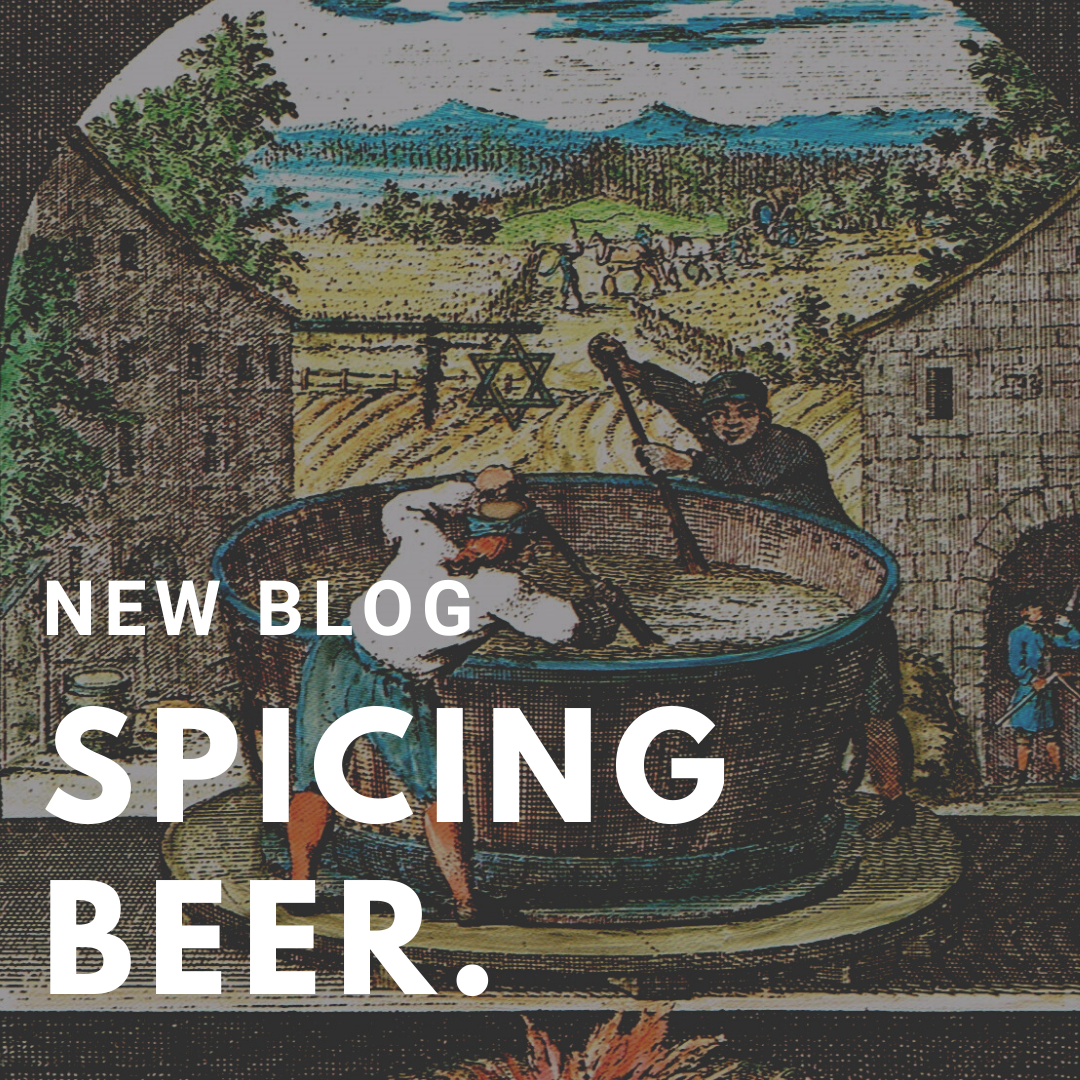 The use of ingredients to enhance taste in beer is as old as its history. In general it is believed that the first beer was made or “discovered” by the Sumerians in Mesopotamia some 6000 years ago. It was also the time nomads started to create agricultural communities producing e.g. bread from the growing and breeding of grasses. Probably some wet or soaked bread started to ferment spontaneously and tasting the liquor, the drinkers found it very promising….

But it was already clear then that the primitive sugary partially low fermented liquor tasted very weak. Local tasty ingredients as honey, dates and some herbs were used to spice the beer.

And ever since one has always been trying to improve taste and more interesting shelf life. In Medieval times in North-West Europe the use of a mixture of herbs (gruit or gruut) did partially the job. As beer making was not only a domestic occupation anymore monasteries and the first commercial brewers had to pay tax for the use of “gruut”. This right to put tax was sometimes given to the Church but also sold by the government to rich families. That is why the constitution of the blend of the different herbs was kept secret and often dried and mixed with malt It was in fact the first tax on beer in history.

The mean ingredients were bog myrtle or sweet gale (gagel), marsch or wild rosemary (moeras rozemarijn) and yarrow (duizendblad). The first two were growing in different location so it was the one or the other. Apart of those herbs a lot of other herbs (more than 100) were used even ones which were absolutely dangerous when used too much. Used along their appearance.

Growing of hops arises around 9th century in South Germany and Techy. It started to be popular in beer as from the 13th century. Beer made with hops had a much better shelf life and with increasing trade amongst the Hanza cities this beer was preferred by the trade. But it could only compete the “gruut” beer when also the hop beers were taxed (on demand of the trade). So there was no problem for the beneficiaries of the tax to change. Around that time beer making became also an important craft. And if money is to be made there are always crooks… Often tax was bypassed by using less, other or cheap ingredients. This led already in the 14th century to laws which were stipulating which ingredients to be used.

In 1516 the two Bavarian monarchs proclaimed the famous “Reinheitgebot” wherein was fixed that beer could only be made anymore with water, barley(malt) and hops. This law insured at the same time two purposes: a certain quality level and also a more easy way to tax the beer. This law claims to be the first food safety law in Europe. For sure the law also prohibited the import of “other” beers in Germany up into the 20th century. Certainly pilsener type brewers adapted the German law not only for export/import reasons but also from a marketing point of view.

Nowadays big adjunct brewers get strong competition of the Craft scene. A new attitude come along with the new interest in artisanal brewed beer. A lot of attention is paid to ingredients, not only a big choice in all kind of hops but also in malted cereals.