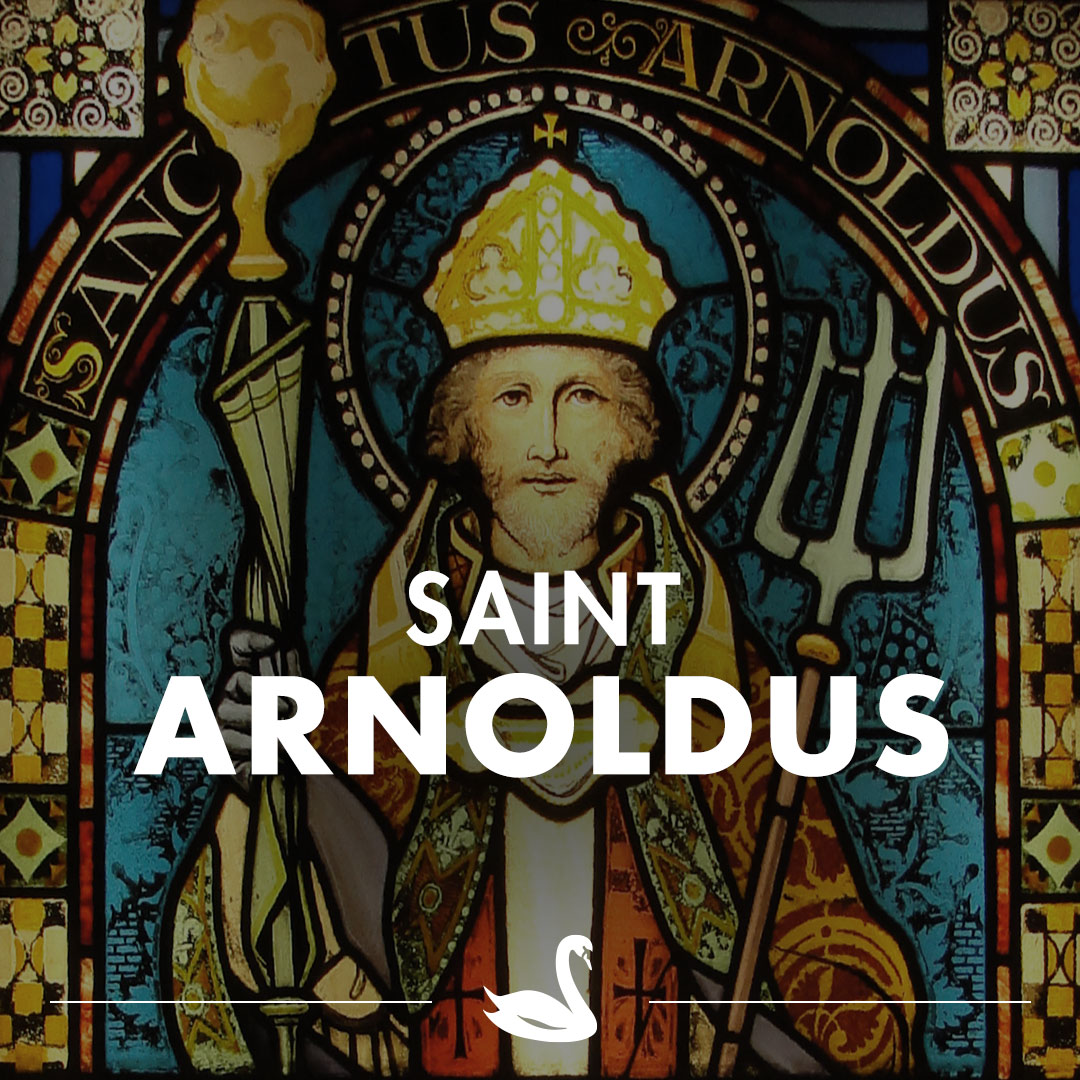 Beer enthusiasts have claimed several historical persons. The legend of Gambrinus is one of those stories. Another well-known patron saint is Arnold of Soissons, better known as Saint Arnoldus.

Arnold (then Arnulf) was born in 1040 in Tiegem, Belgium. At the age of thirty, he entered Saint Medardus Abbey in Soissons, France. There he lived as a hermit for years. Although that role suited him well, Arnold was – reluctantly – promoted to Bishop Arnoldus. Legend has it that he wanted to escape his responsibilities, but a wolf brought him back to the abbey.

In that capacity, he was sent to Flanders in 1083 to help with peace negotiations. This tour was a success and was awarded with the founding of St. Peter’s Abbey in Oudenburg. Arnoldus then resigned as bishop. He died a short while later.

But why is this man still revered by beer lovers? Since his death, his unofficial status became the patron saint of brewers, hop pickers and innkeepers. This has to do with a legendary statement that he is said to have made.

In the eleventh century many infectious diseases were circulating. These were partly spread by polluted water. Arnoldus therefore called on people to drink beer. Since the water was then cooked, there was a smaller chance of contamination. According to tradition, Arnoldus saved countless lives with his own abbey beer.

By the way, don’t immediately think of modern beer when reading this story. In that period, it was more comparable to today’s low-alcohol Table Beer and it was even drunk during breakfast.

Nevertheless, Arnoldus is often depicted with a beer keg or mash paddle. His feast day is August 14.