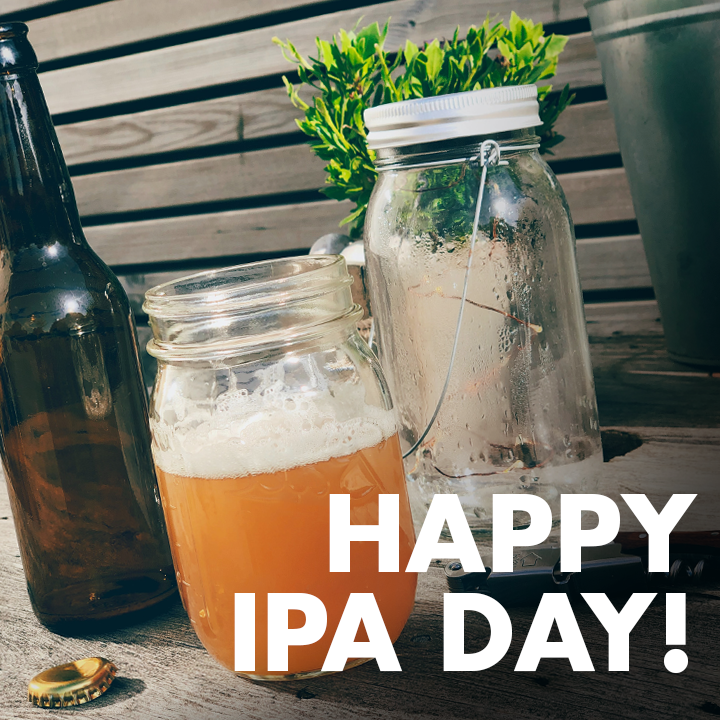 Today is the first Thursday of August, which means it’s the National IPA Day. In the past decades this beer style, beyond question, turned into the most exciting and popular one of all. So, let’s see some interesting facts, you may not have known yet.

We all know the story of British settlers, that couldn’t get any beer from England to India surviving the long journey. Many historians say however, that at that time Porter was much more popular among colonizers and thank to its higher ABV there was no such issue during the voyage.

They also say a stronger and hoppier Ale was brewed, that supposed to be diluted down to the ABV level of the general Bitters. Nevertheless, this new, heavier beer was tastier as well, so they left it as it was. The truth is however that hoppier beers have been already brewed in the British town of Burton Upon Trent. Most of their products were delivered to Russia, but in the early 1800’s the tsar banned imports from Britain. Luckily, they found another country to export – not surprisingly that was India.

The earliest printed mention of the expression “IPA” was in 1829 in an Australian advertisement and they called it East India Pale Ale. Unfortunately, the name of the related brewery was not referred, but that is another interesting fact against the “general story”.

How come that it became so popular? In the 70’s and 80’s some American homebrewers were looking for forgotten beer styles and they found and old English IPA recipe. They made a twist using more fruity local hops, creating something brand new. No one knew at this point that a global beer revolution has just been started.

As mentioned, IPA you drink nowadays completely differs from the English style known. The hop utilization in today’s American IPA was not even known at that time. In the past brewers had bittering and aroma hopping, while these days hop is added at any stage of beer production – boiling, cooling, during and after fermentation, even right before drinking. Anyway, that’s why these beer types are precisely distinguished in the BJCP as well. While the old (English) version is mainly about balancing between maltiness and bitterness, the new (American) one is much more hop-forwarded. It’s actually all about highlighting aromas of various citrusy, fruity hops, in many ways.

There are many viewpoints to classify IPA beers. An IPA has an ABV level between 5.5% and 7.5%. Stronger IPA’s are called Imperial or Double IPA, while the lighter ones are mentioned as Session IPA. Apparently trends of living healthier influences beer consumption too: many drinkers turn to lower-alcohol beers, that’s why the Session one is the fastest growing IPA category these days. FYI: if you drink 10 Session IPA’s a day, you won’t be healthier 😉

Checking the appearance, bitterness, hop aromas, maltiness – so in general, the taste – we have another 2 big groups. West Coast IPA is principally about malt & hop balance. It has a clean, mainly citrusy, piney taste, and the higher bitterness is balanced by a sweeter malt base and a not too dry end. East Coast IPA’s (e.g. New England IPA) are brewed however to knock you out with a big punch of hop flavours. The haziness, the application of other kind of yeast strains helps to create extremely fruity, tropical aromas, so that you feel like drinking a hop juice.

Should you feel like brewing an IPA, just check out our former recipes.

Have a hoppy day!