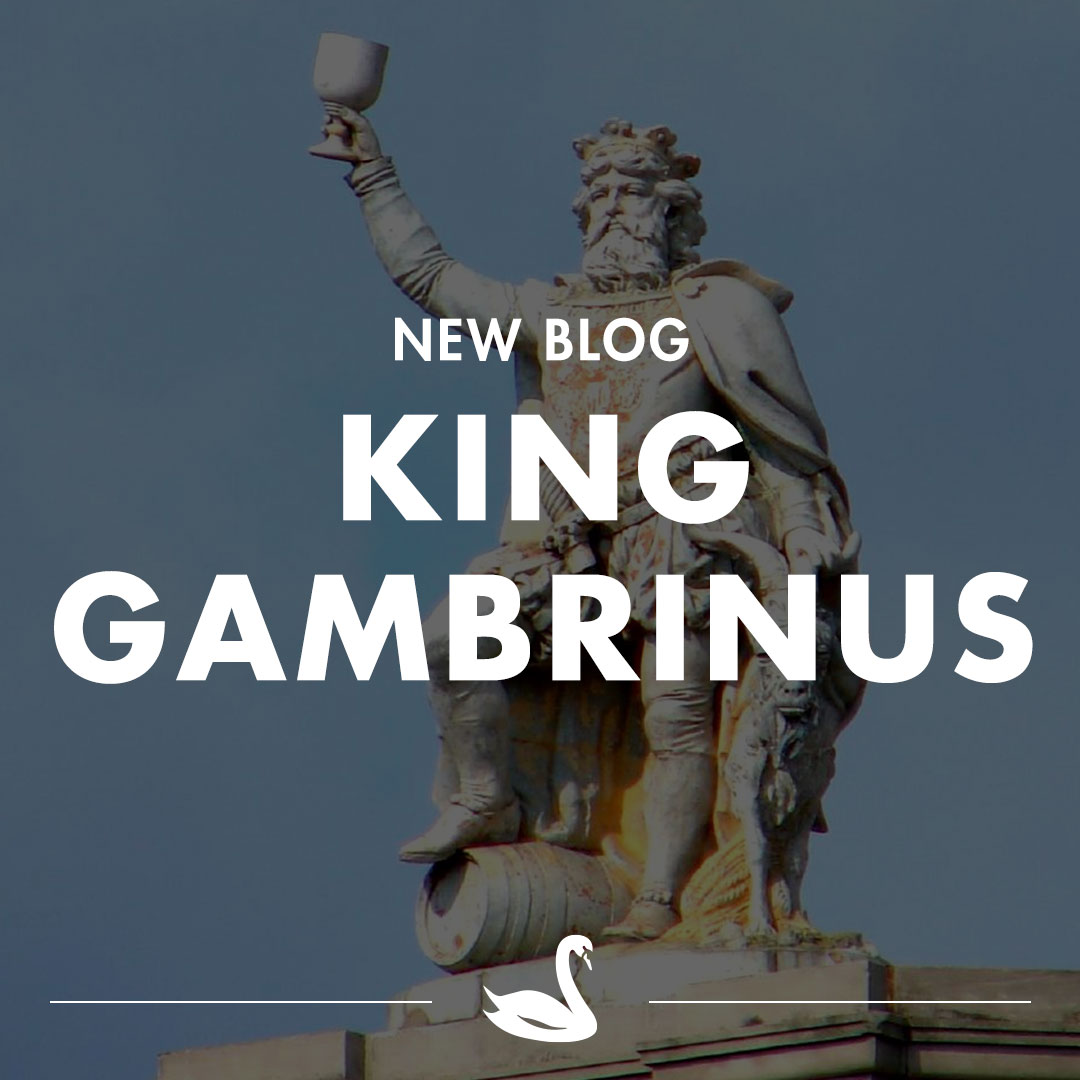 Every year on April 11, beer lovers toast to the legendary beer king Gambrinus (or Cambrinus), also known as the patron saint of beer. Unfortunately, he was no saint or king; Gambrinus never really existed. But that doesn’t mean this legend isn’t interesting.

In reality, Gambrinus was probably loosely based on Hertog Jan (Duke John), also no stranger to the world of beer. This popular Jan van Brabant was a lover of beer and he often went among the common people. According to the stories, he once addressed his army from a pile of beer barrels. The name Gambrinus could be an amalgam of Jan Primus (Jan the First), although this is questioned by historians.

The name seems to have originated earlier when the ancient Romans wrote about a Germanic people they named Gambrivians. Although there was never any evidence for this, this story developed over the centuries until it was not a nation, but a king named Gambrivius. Poets and story tellers ran off with it and various stories came to life.

He is said to have learned brewing from the Egyptian gods Isis and Osiris, or he was rewarded with an honorary title when he drank beer for three days and three nights in a row. Or was it a simple brewer who won a race, by emptying the barrel of beer he had to carry along the way?

It wasn’t until 1874 that the legend really came to life. Then the short story collection Contes du roi Cambrinus – or The Stories of King Gambrinus – by Charles Deulin was published. In it, a heartbroken man makes a pact with the devil himself. If he may forget the beautiful Flandrine, he will give up his soul. The dark creature grants him the miraculous hop plant and teaches him to brew.

In addition, Gambrinus – in order to take revenge on his village – gets the talent to make music that one has to dance to. However, the brewer outsmarts the devil. When the latter comes for his soul, Gambrinus plays his music. The beast has no choice but to return the soul in order to be released from the dance. That’s what one calls a hero!

When the story was also made into a play, King Gambrinus became known throughout the Low Countries (now The Netherlands, Belgium, Luxemburg and a small area in France). He has therefore become an indispensable part of the beer culture. Several beers are named after him, such as Primus of the Haacht brewery or Rosé de Gambrinus of Cantillon. There are also several breweries, beer associations, festivals and bars named after the legend. Not to mention, he has his own day on April 11.

All in all not bad for a saint who never existed…